Dr. Josep Marcel Escoda Sales began his professional relationship with the world of medical care to snow sports injured during the ski season 1971-1972.

The previous season an avalanche destroyed the existing clinic in Pas de la Casa, so the ski resort was left without medical care.

It was then Francesc Viladomat, creator of the ski resort of Pas de la Casa-Grau Roig, contacted Josep Escoda and reached an agreement that the latter will take charge of medical service.

The resort of Pas de la Casa-Grau Roig has grown over the years, and is now part of Grandvalira, the biggest ski resort in the Pyrenees.

The medical center Pas de la Casa-Grau Roig has adapted to changing times but the spirit of the pioneers, the energy and memories of all who have contributed their bit in its history remain 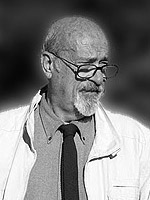